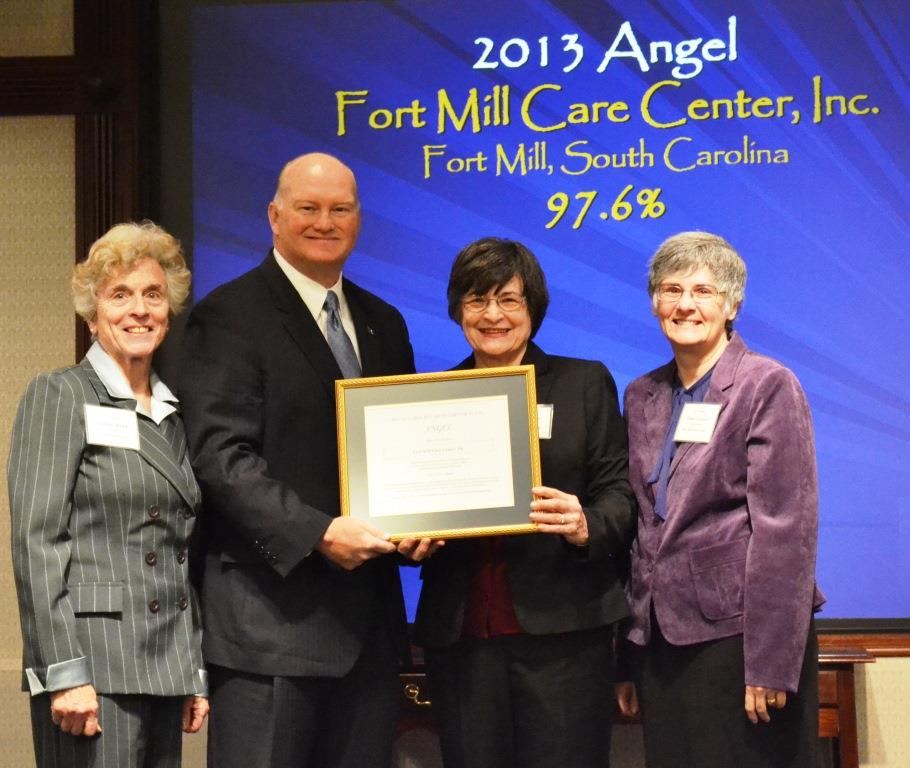 The Care Center has been designated  by the SC Secretary of State, Mark Hammond as an “Angel”. Ten agencies in the state are awarded this designation annually for exempliary cheritable giving. Eileen, Carol and Jeane accepted the award in Columbia today on behalf of all our volunteers on November 20, 2013.

Here is an excerpt of the press release.

(Columbia, SC) – South Carolina Secretary of State Mark Hammond announced today the 18th annual Scrooges and Angels list of 2013.  The ten Angels were recognized at a press conference and honored with a reception in the Secretary of State’s Office following the announcement.

The Angels honored represent organizations that exemplify charitable giving in South Carolina.  Representatives from all organizations were in attendance to receive a plaque and recognition from Secretary Hammond. The Angels recognized, with the percentage of their expenditures that went toward their program services, are listed below.  Those recognized are listed in alphabetical order, and are NOT ranked by the Secretary of State.